After a long and ultimately successful season at Real Madrid, Eder Militao can’t help but look back at what he accomplished with pride.

The Brazilian is currently on holiday in Ibiza after a campaign that saw him establish himself as a key figure for Los Blancos.

Despite winning three titles, Militao is still hungry for more, and he sat down with MARCA to discuss how he’s recharging his batteries ahead of the new season.

Question: Did you feel you needed this break?

Answer: After a very good season with great achievements, I needed a quiet holiday with my family. I wake up in the morning feeling like I had a great season, so I have to make the most of it now.

Q: Are you able to disconnect from things or is it impossible?

A: I took advantage of the first few days with my family. When there are two weeks left, I will begin to do more at a physical level. Now it’s time to be with the family.

Q: Let’s go back to almost a year ago, when Sergio Ramos and Raphael Varane both left. Did that put too much pressure on you?

A: When they both left, people pointed out that they had made history at the club. I thought that my time to do things had come, to show the fans and everyone that they could count on me. I have shown what I can do and I have shown why I am at Real Madrid.

Q: Have you justified the 50 million euros, which made you the most expensive defender in club history, that Madrid paid for you?

A: Yes. When I arrived things didn’t go well because I had two central defenders like that ahead of me. They had been together for a long time, but I have shown why I was signed.

Q: What helped you deal with the pressure of being at Real Madrid?

A: Work and not letting things get out of control. I didn’t stop doing the things I did before and I remained confident. I knew I wasn’t doing well, but work and family helped me on a daily basis.

Q: At what point did you hit your low point?

A: The match against Real Betis when I played as a full-back and struggled. Many things went through my head, but it helped make me more motivated and focused to do well at the next opportunity.

Q: David Alaba has been very important for you, on and off the field.

A: Yes. He came and we connected immediately. It felt like we had been playing together for a long time. He has brought joy to all of us.

Q: What have you learned from him?

A: He is always motivated, and during the matches he had a lot of energy.

Q: Do you think you are the best pairing in the world?

A: Yes, given everything we have won.

Q: How has being a father helped your growth?

A. Being a young father was a dream for me as I like children. It was a dream of mine and now that I am going to fulfill it, I am very, very happy.

Q: Do you have the name already?

Q: What do you think is more difficult: to settle in at Real Madrid or being Cecilia’s father?

A: Both. It’s also going to be fun running after her.

Q: Speaking of difficult things, we have to talk about the Champions League. No one believed you could win. Did you?

Q: Modric said that the most enjoyable comeback was the one against PSG and the most difficult against City. Do you agree?

A: I’d also take the one against Manchester City. We were fighting and fighting, and then on a counter Riyad Mahrez scored against us. A lot of things went through our heads. When Rodrygo scored the first goal we thought: “F*ck, again, it’s possible”. A lot of things happen in football.

Q: You suffered, but in the end you qualified, What was it like marking Kylian Mbappe?

A: We saw that he is a great player, we all know that, but the unity we showed against PSG and against him was key for us.

Q: Were they waiting for him in the locker room?

A: As people said a deal to join Real Madrid was almost done, but I don’t know what happened. It was his decision.

Q: Were there any comments, for example, in a WhatsApp group?

A: No. We were relaxed because we had done our part and it was no longer in our hands. 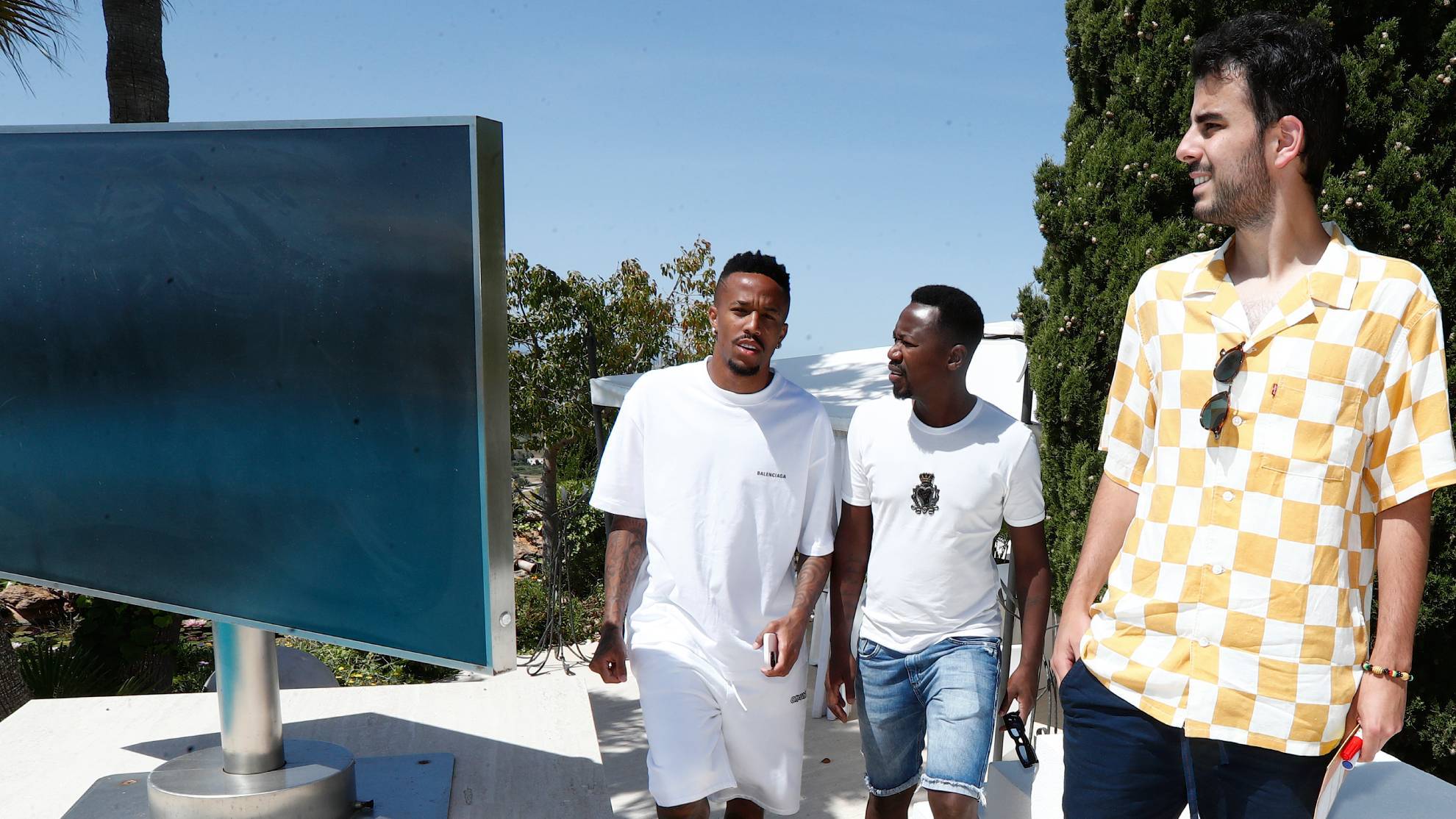 A: He is a good central defender, as we all know. I’m happy to welcome him.

Q. It looks like you could play alongside him, with Alaba moving to the left. Have you heard anything?

Q: There is also talk about possibly playing with three central defenders.

A: We have all the characteristics to do it. We would have no problems, but let’s see what happens during the season.

Q: You referred to the coach two answers ago. What is Ancelotti like?

A: He is a great coach. He helps us a lot and respects the decisions of the players. On a day-to-day basis he talks a lot in training. He is a very funny person, he connects with us.

Q: Another signing is Aurelien Tchouameni, how do you rate him?

Q: This year is very special because of the World Cup in Qatar. What does your first World Cup mean to you?

A: It is a joy, also a dream, to have all this and to play in World Cup. Any footballer knows how important it is. I’m going to have my first opportunity to experience all this.

Q: Are Brazil one of the favourites?

Q: How do you see Spain?

A: Good. We all know they have very good players.

Real Madrid to take over club and re-start C team

admin - August 15, 2021 0
Karim Benzema picked up where he left off last season by scoring twice to fire Real Madrid to a 4-1 win away to Alavés...