Sergio Ramos could be set for a premature departure from Paris Saint-Germain despite just signing for the club in the 2021 summer transfer window.

The Real Madrid legend has enjoyed a glittering career but, at 35, injuries are increasing and as such has prevented him from featuring in any competitive game for the French club so far.

Ramos was part of a star-studded recruitment drive summer that saw him join the Parisians alongside Lionel Messi, Achraf Hakimi, Gianluigi Donnarumma and Gini Wijnaldum.

But he may not get the chance to play alongside his former Barcelona rival Messi after all.

With Ramos on a two-year-contract worth around £10million a year and not playing, it has led the club to contemplate ending his contract, according to La Parisien.

The World Cup winner has been kept out of action since May 5 as he was forced to watch Real Madrid’s second leg defeat in the semi-finals of the Champions League against the eventual winners Chelsea.

The only question that remains is if an agreement can be made over an early termination with Ramos, who is contracted with the club until 2023. 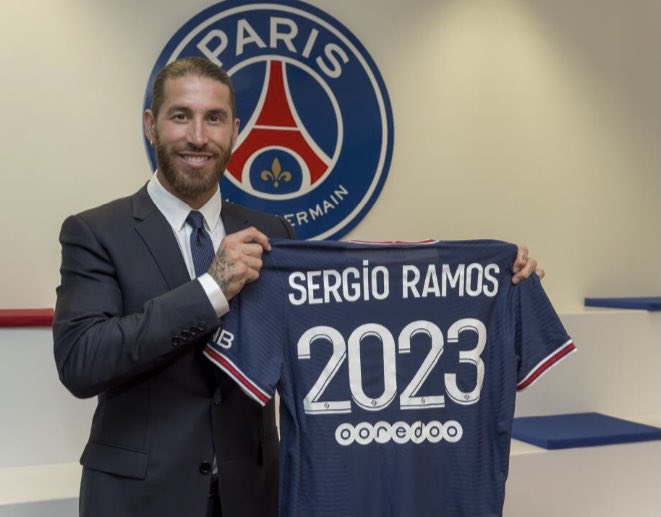 If the rumours are correct, Ramos could be set for a new adventure very soon

If this is to be the end of Ramos’ tenure at the highest level of football then it has been a remarkable career.

Since making his debut for Sevilla in 2003 Ramos has gone on to feature over 700 times for club and country.

From that moment until his departure in 2021, he won everything for the Spanish giants.

He also lifted the World Cup with Spain in 2010, which came in between two European Championships for his national side.

Crises at Real Madrid and Barcelona mean that, for once, Atletico...

admin - August 23, 2021 0
Atletico Madrid have not traditionally reacted well to winning the La Liga title.They have lifted the...

War between the Barça and Real Madrid with the Premier in...