Thomas Tuchel’s Chelsea progress through to the Champions League final after a 2-0 win at home to Real Madrid.

In the first half, Timo Werner had the ball in the back of the net. However, the ball was ruled out for offside. With that being said, the German made up for it by netting the first.

When Real was pressing forward in the second half, Chelsea broke away and managed to secure the match-winner through Mason Mount.

Goals from Timo Werner helped the Blues progress to the final.

Here are five things we learned from Chelsea’s win:

1) The Blues should have killed the game earlier

Going into the game against Real Madrid, Thomas Tuchel’s side had the all-important away goal. In the second leg, Zidane’s side dominated the ball throughout the game. With that being said, the Blues will be disappointed that they did not kill the game earlier. In the first half, before netting, Timo Werner had a goal ruled out for offside. However, in the second half, Chelsea should have killed the game off earlier. The likes of Mason Mount, N’Golo Kante all had chances to finish the game off.

2) Chelsea’s defence put in yet another solid display

At Stamford Bridge, Thomas Thuchel opted to start Andreas Christensen, Thiago Silva and Antonio Rudiger. Throughout the game, Karim Benzema rarely threatened the Blues’ goal. With that being said, the France international had two great chances to square the game. From then on in, Chelsea deserves all the plaudits for their solidity and mentality at the back. Each and every single defender put in top-class performance in what was an inspiring showing from the Blues. 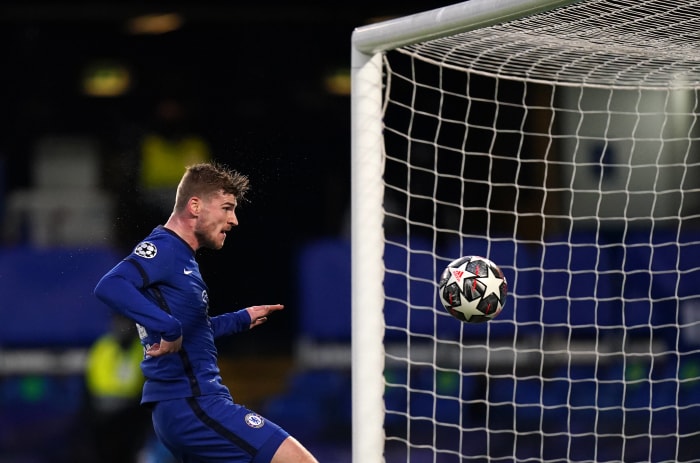 Timo Werner’s goal got Chelsea on their way.

Throughout the clash with Zidane’s side, the Blues knew that they had to be so consistent at the back and had to keep the Spanish giants at bay. Midway through the first half, however, Karim Benzema had two great chances to square the game level. When the Blues needed someone to step up, Edouard Mendy was that man. The Senegalese international pulled off some great saves to keep the Blues in the lead. His key saves will most likely go under the radar a bit, but the keeper deserves a lot of praise for keeping Madrid at the bay.

4) The front three were key throughout

Instead of starting Christian Pulisic, Thomas Tuchel opted to start Timo Werner, Mason Mount and Kai Havertz. When the Blues transitioned from defence to attack, the Blues’ front three were lethal. Timo was very energetic down the left flank and managed to give the Blues the lead early on in the first half. Kai Havertz was instrumental with his hold up play and the way in which he brought players into play, he deserves a lot of praise. As for Mount, the young Englishman was consistent yet again and managed to bag the second late on. 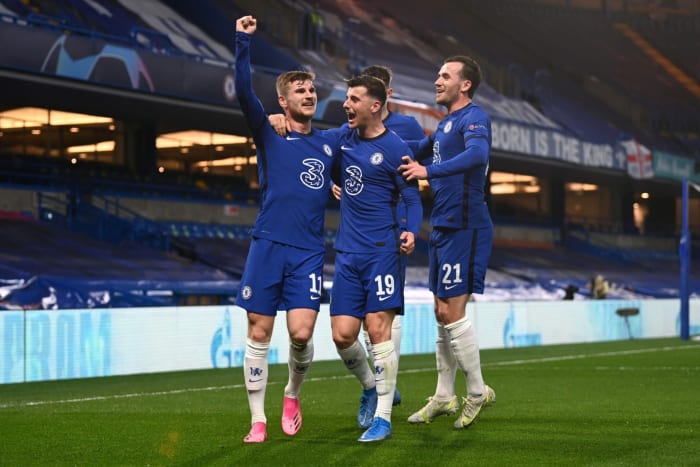 The Blues may feel slightly down due to the fact that it could have been more.

Going into the game, the Blues were without Mateo Kovacic at the heart of midfield. With the Croatian out, Chelsea lacked a real attacking presence in midfield. However, N’Golo Kante was so energetic at the heart of the midfield for the Blues. When on the ball, the Frenchman was the first to pick up possession and drive with the ball. His sheer presence allowed the Blues to break quickly and create chances. Under Thomas Tuchel, the France international has been nothing short of spectacular.

Next up for Thomas Tuchel’s side is Manchester City in the Premier League.

admin - September 30, 2021 0
Real Madrid are reportedly open to the prospect of offering Rodrygo Goes to Borussia Dortmund in a bid to sign Erling Haaland in the...

Hazard sets off alarms at Real Madrid: Has he suffered a...